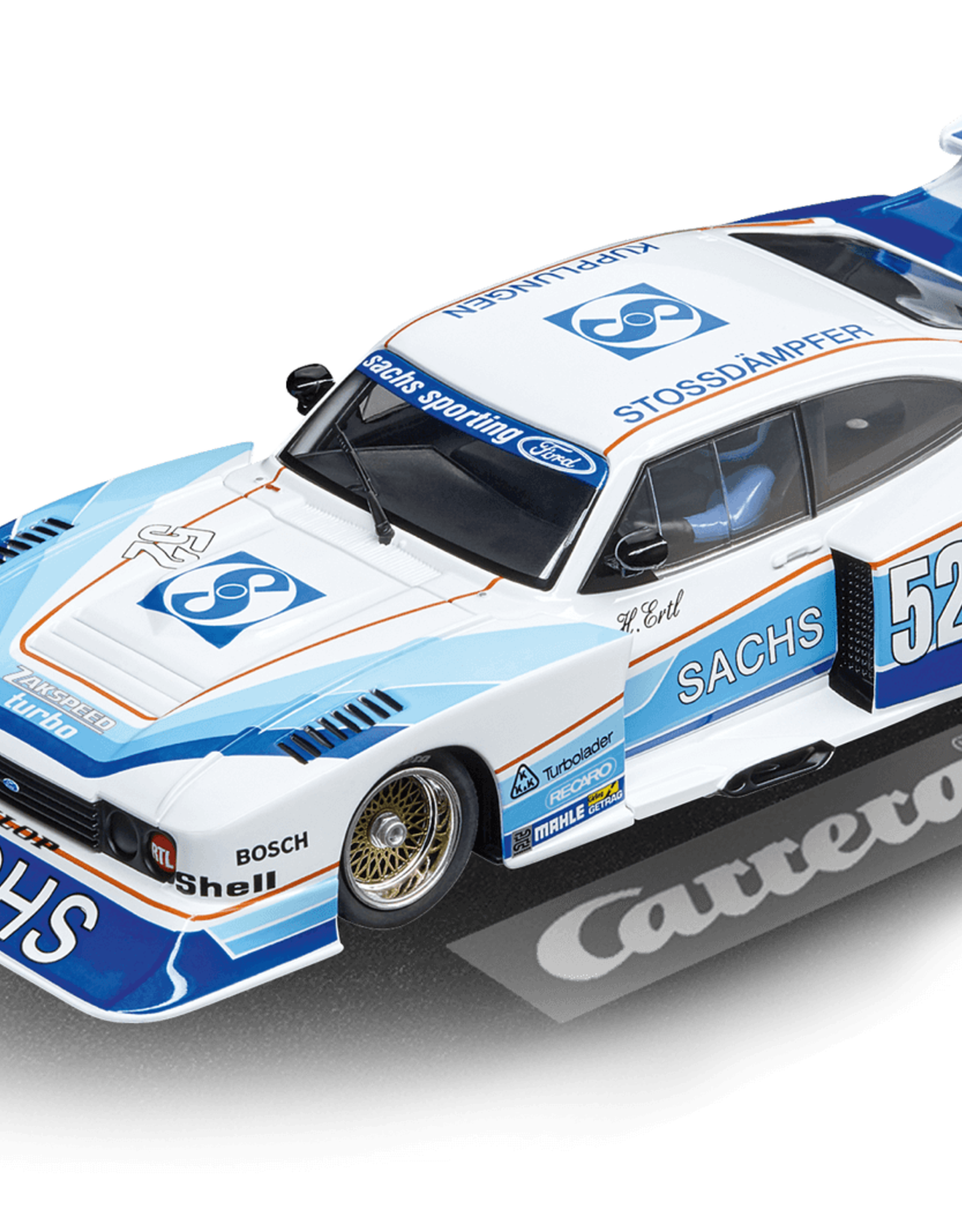 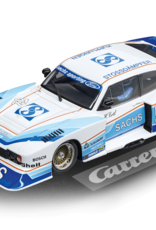 A road car becomes a motor sport star
From 1970, Ford sent the first Capri to the race track. What used to be a hot sports car on the road has now been shown to the public as a powerhouse with tonnes of horsepower. In 1979, the model with start number 52 for the "Sachs Sporting" team took part in the race at the Norisring. The driver Harald Ertl excelled with a top performance and was among the best in the field. With this car, the 70s and 80s enjoyed a real smash hit in terms of power and an extremely cool appearance. Chapeau!

A classic for the slot car track
The cult car arrives at your place on a scale of 1:32 on your Carrera race track and will cause a sensation here. With its sporty design, which looks very similar to the original thanks to the Ford license, it becomes an eye-catcher during the duel with other slot cars. The Ford Capri Zakspeed Turbo "Sachs Sporting, No. 52" is equipped with headlights, rear and brake lights to create that realistic driving experience. Besides, the vehicle. In addition, the racing car can be individually coded and digitally controlled. It was important to stay as true to the original as possible with these big cars.