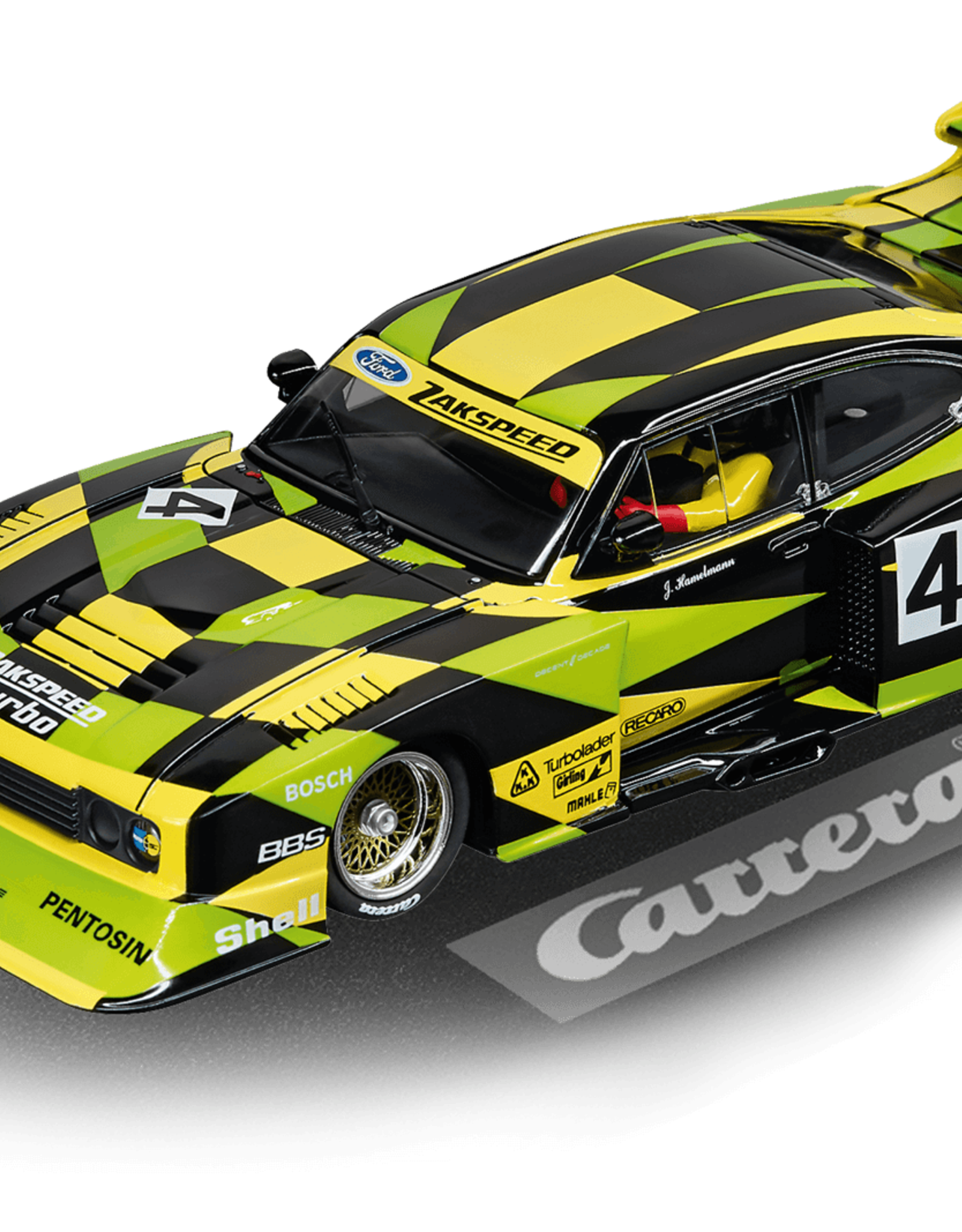 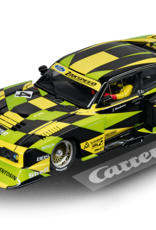 The extraordinary design remains a memory for a long time to come
What a sight, now please look very carefully: As innovative as the Ford Capri Zakspeed Turbo was in the 70's in the technical sense, this model by the Hamelmann team was also visually very progressive in its design. The symmetrical pattern of yellow, green and black checks makes the racing car a real eye-catcher on the track. With this Ford Capri Zakspeed Turbo, the German racing driver Jürgen Hamelmann celebrated his greatest success in motor sport in 1981. As the supporting sponsor, the lubricant manufacturer "Pentosin" invested in the outstanding racing car of Jürgen Hamelmann’s team and was integrated with its logo into the design of the car. All in all, he finished five times in third and four times in fourth in this season and scored a total of 100 points. For the final classification, this meant 4th place in the German Racing Championship Division I Group 5. The racing car will certainly remain in the public’s memory because of its striking design.

An eye-catcher on your Carrera race track
And even on your race track, the Ford Capri Turbo from racing team Zakspeed becomes an real eye-catcher. The racing car on a scale of 1:32 doesn’t just shine thanks to its paint finish. The headlights and the rear/brake lights will also impress you. The Carrera car can be individually coded. So you can get the most out of yourself and your slot car. The vehicle is digitally controllable.