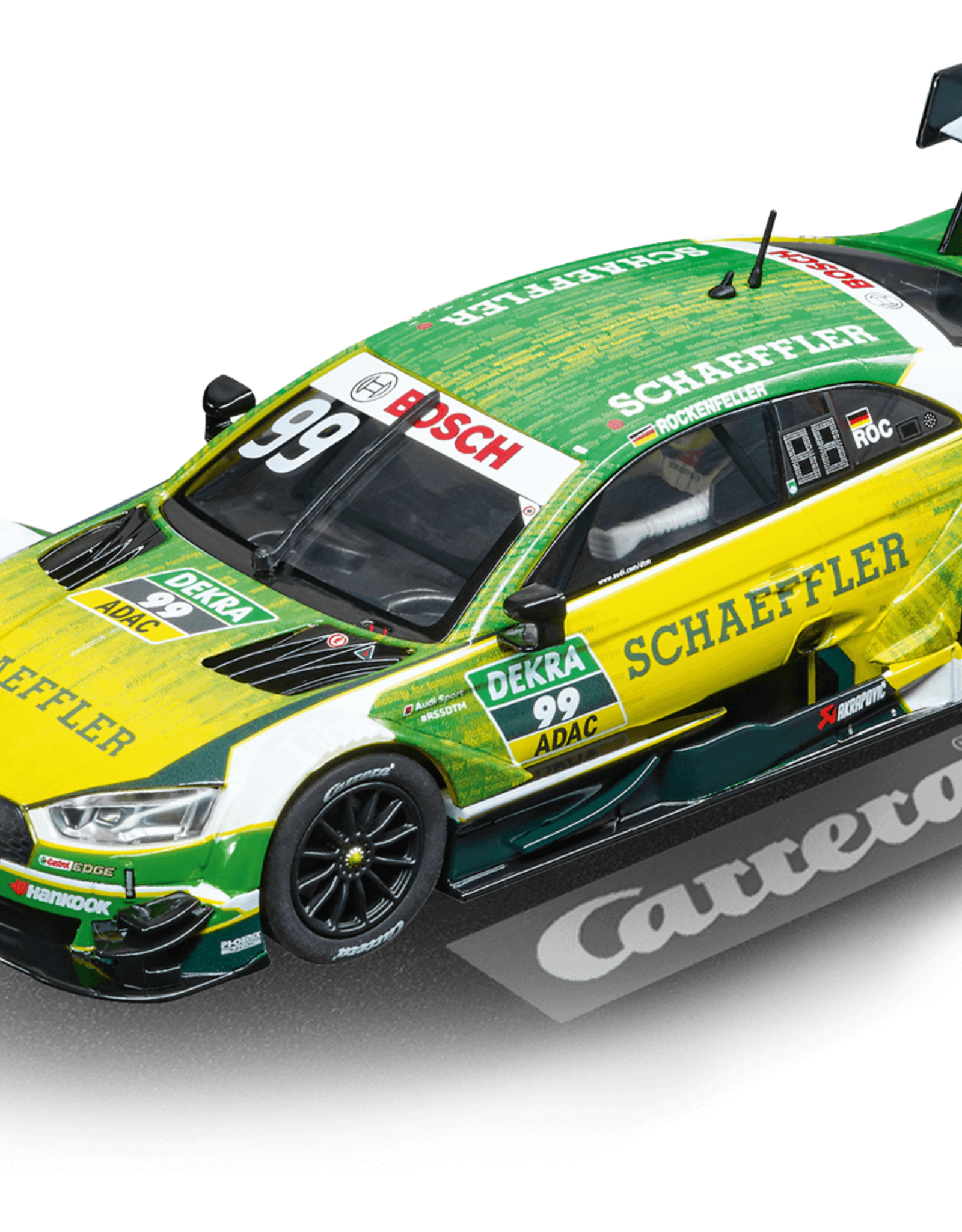 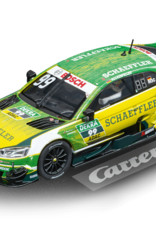 One of the most successful manufacturers of the DTM
Audi has so far been the only DTM manufacturer to succeed in landing a title hat trick. Three times in a row: in 2007, 2008 and 2009, the Ingolstadt-based automotive group came top of the podium in the drivers' standings. In 2017, Audi concluded the DTM season with the RS5 and 4 Audi drivers in the top 4 spots. It was the most successful result ever. Mike Rockenfeller is an experienced driver at the wheel of the Audi RS5 DTM

The German Touring Car Championship – now on your Carrera race track
Audi, Mercedes or BMW? Every fan of Mike Rockenfeller can answer that question with ease. With the RS5 DTM, you can also experience exciting battles with your opponents on a scale of 1:32. Like the original, this slot car is equipped with headlights, rear and brake lights. The individual coding offers you the option of adjusting the speed and braking characteristics of the car in ten steps to suit your own needs. In addition, the slot car can be controlled digitally via the 2.4 GHz speed controller.