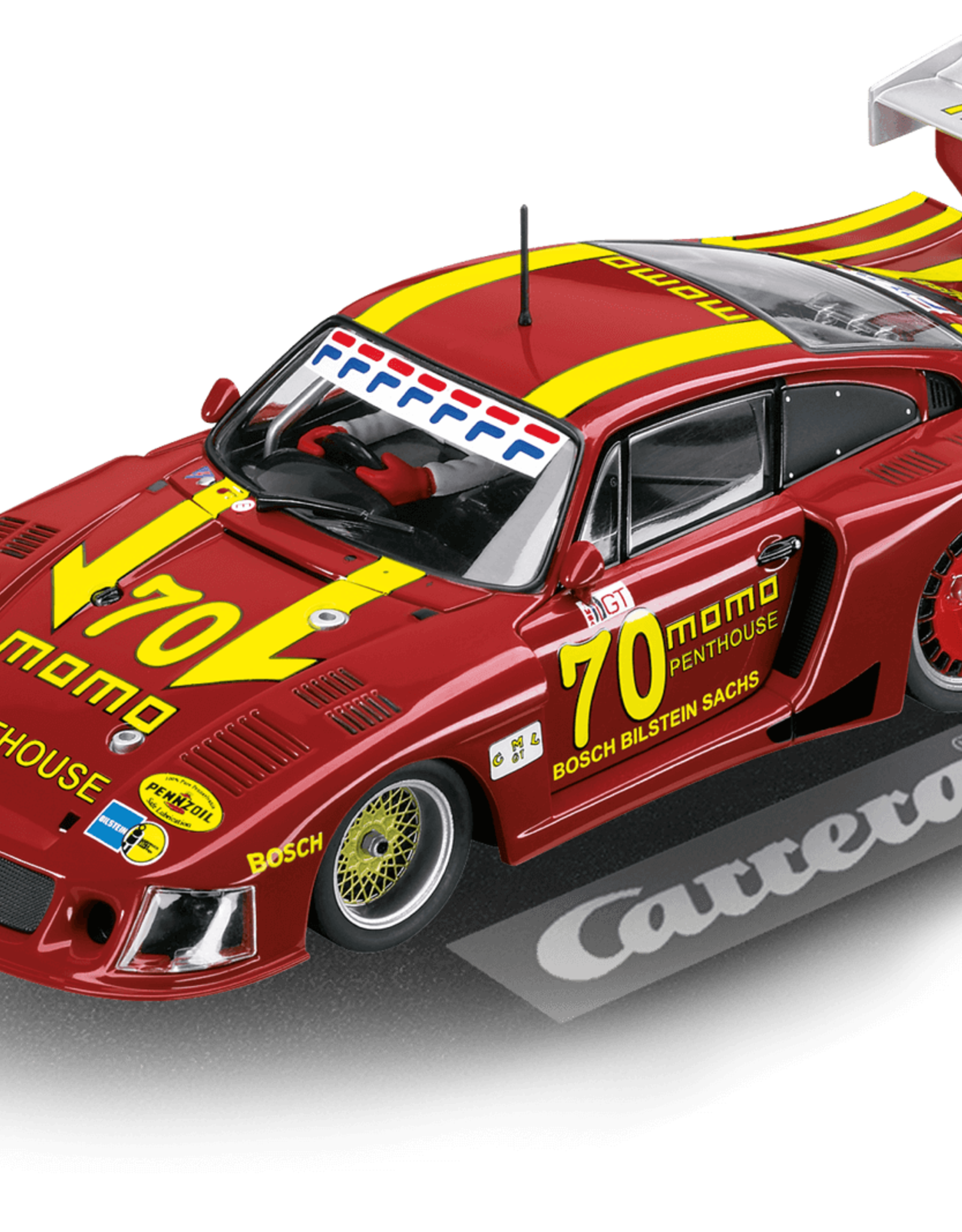 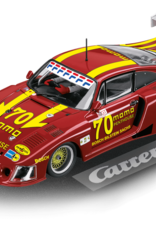 Moby Dick – the sperm whale on the race track
The Porsche 935/78 model was first produced in 1978. In addition to some technical modifications, the main characteristic of this vehicle is its large dimensions. The Porsche 935/78 carries the nice nickname because of its white base coat and its large dimensions, which remind you a large, white whale. Therefore, the Porsche was given the nickname "Moby Dick" by the factory mechanics, like the white sperm whale from the novel of the same name by Herman Melville. This version of the Porsche 935/78 in the unmistakable paint finish of the Italian steering wheel and rim manufacturer "Momo" took part in the 1981 Norisring race and showed its extraordinary capabilities on the track. The design with cult status from the 80s has been reworked over the years, but the red background with yellow lettering always remained. The dimensions have remained the same with this model; only the paint finish has changed. Giampiero Moretti drove this car from 1978 to 1982 and also competed in races in the German Racing Championship, including finishing in second place in Division I at the Norisring in 1981.

A historic car for your racing team
The Porsche 935/78 still differs from today's modern racing cars in many respects. But that's exactly what makes the classic car so likeable. The slot car on a scale of 1:32 has headlights, rear and brake lights and also, like its bigger role model, the striking paint finish from the Italian steering wheel and rim manufacturer, Momo. Due to the fact that the car can be individually coded, it can be perfectly adjusted to match your abilities.