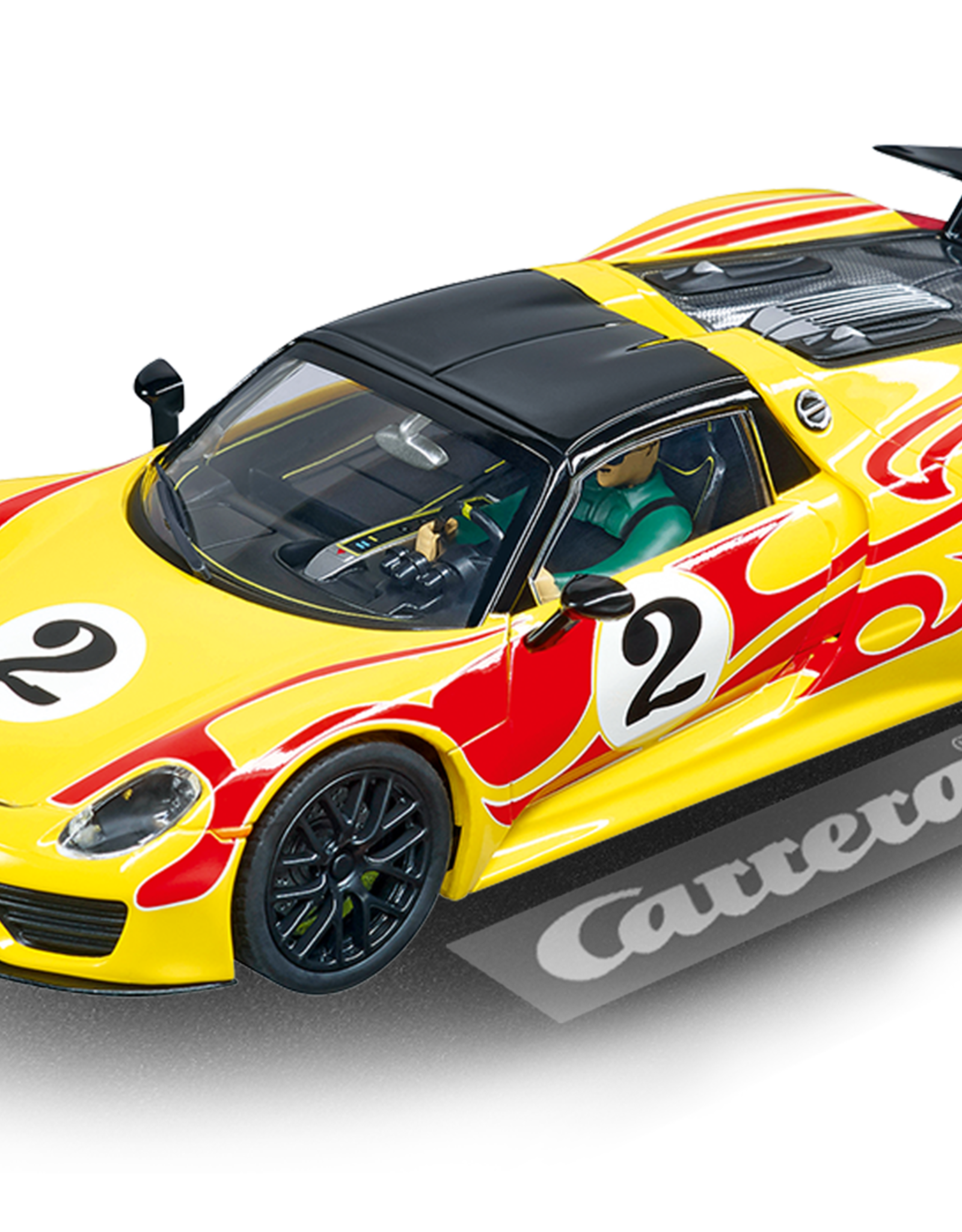 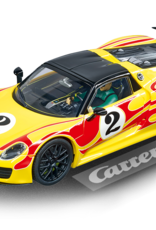 Porsche record on the Nordschleife
Originally only intended as a concept car, the 918 Spyder went into series production in 2010. This super sports car, also known as the “Hippie", has a total output of 887 bhp. This is due to the 600+ bhp V8 engine and an electric motor on the front axle. Thus, this speedster can cover up to 25 kilometres purely using electrically. Its acceleration times are unique: From 0 to 62 mph in 2.6 seconds, it reaches 124 mph in 7.6 seconds. The Spyder also set a new record for Porsche cars on the Nordschleife and was even able to beat it later on.

As a hippie out and about on the circuit
This Carrera car bows to a legend with its design. The Kyalami paint finish is based on the legendary Porsche 917K. The Porsche 918 Spyder on a scale of 1:32 scale has headlights, rear and brake lights and can be individually coded and controlled on the Carrera DIGITAL 132 race track. Putting pedal to the metal is the name of the game, and the Carrera driver will ultimately dictate their performance on the race track.