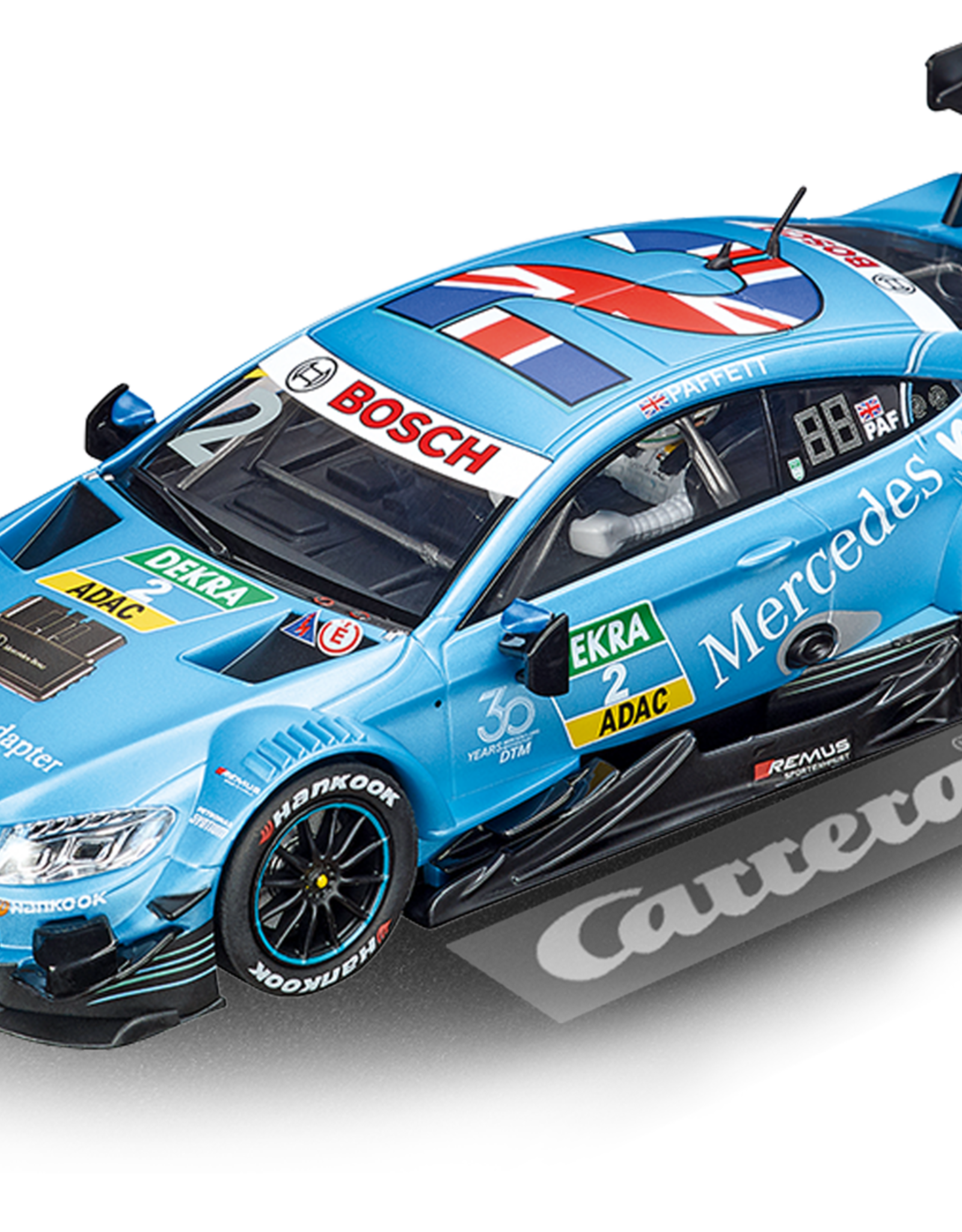 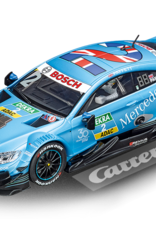 The Mercedes-AMG C 63 DTM: A racing car for winners
The British racing driver Gary Paffett is a DTM veteran and has been part of the German Touring Car Championship since 2003. In 2015, Paffett left HWA, switched to the ART Grand Prix within the Mercedes DTM team and finished the season in ninth place overall.
In the 2018 season, his Mercedes-AMG C 63 DTM took him to the podium ten times. So he was able to decide the season in his favour and went on to win his second DTM championship title.

Do you have what it takes to be a champion?
With the original Mercedes and DTM licence, the Carrera car on a scale of 1:32 even includes the smallest of details. The slot car is equipped with headlights, rear and brake lights and thus also cuts a fine figure when racing around the race track at dusk. Thanks to digital control, you can stand anywhere on your Carrera race track during the race. The Mercedes AMG can also be individually coded to adapt the speed and braking effects to your driving skills. Do you level with Paffett and prevail over everyone else? Then let's go – it’s off to the track!