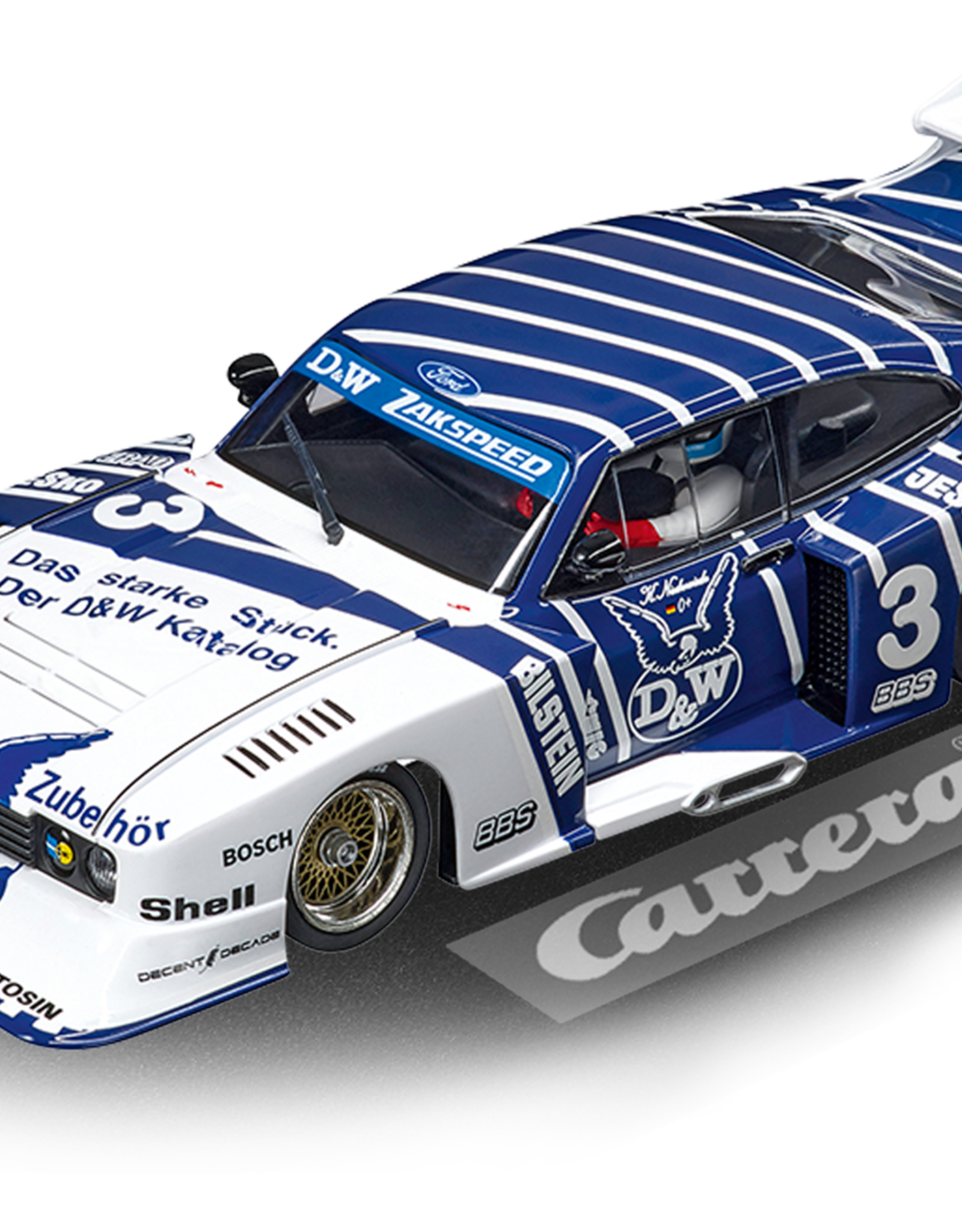 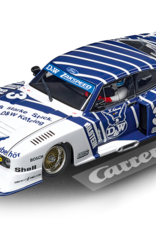 Cult car from the 70s and 80s
The Ford Capri was developed for the European market and quickly became the opponent of the Opel Manta on the road. So it is not surprising that he also made it into racing series. The legendary motor sport company Zakspeed drove the Ford Capri very successfully in the German Touring Car Championship and the ITC Series. In 1980, the German driver Klaus Niedzwiez won the Race Div. II at the DRM with this car in Zolder, Belgium. Zakspeed continued developing the engine from Cosworth's famous shop and then produced 600 bhp with a top speed of 186 mph. In a cool and elegant design in black and blue, the Ford Capri caused a sensation then as it does now!

Beefy design from 1980
The dominant look in the D&W design is also reflected in this slot car on a scale of 1:32. In white and blue, it reminds you of racing legends like Klaus Niedzwiez. The Carrera car also races around in an authentic look thanks to headlights, rear and brake lights, and allows for individual coding and digital controllability on the home track. The original D&W paint finish was able to be reproduced on the slot car in 1:1 style, as the official Ford license allows every detail of the original to be reproduced.